Greetings, all, human or other!

This post is a little different, as you might notice, because I’m hoping it’ll be put forth on Tor.com, one of my most favorite places to visit on the web. Shameless plug? Perhaps. Regardless, this is an article I decided to attempt after reading so many books with kick-ass characters in it! Murderbot, Binti, Medusa, to name but a few… 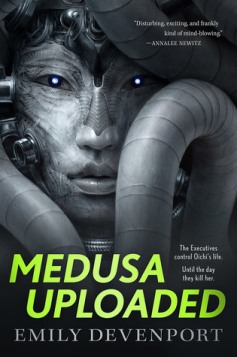 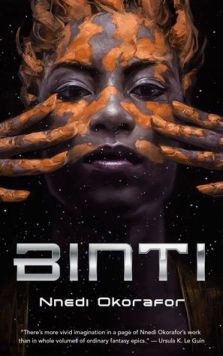 #1: Murderbot. We all love her, and we all want to be her in our secret heart of hearts, but know such a thing can never be. She’s awesome, she’s a mystery, and she’s bad-ass. Of course, most of us aren’t even sure if she’s a she. But for four novellas, the story seems much larger than what it is, and I can only hope that the series becomes a tv show on Netflix, because it would be well deserved.

#2: Medusa. She’s almost as much of a bad-ass as Murderbot. She’s definitely more on the creepy end of the scale, but she’s still got heart and bravery and wit. Her story is only one book so far, but it’s an awesome story nonetheless. I really hope it gets expanded further, and this is another one that would be a killer Netflix series.

#3: Binti. She has three books that are fixing to be in its first ever omnibus edition, which is pretty awesome. I love her, and her people, and the entire story of her adventures is pretty out there. It’s a cool series to read, if you haven’t read it yet already, and I highly recommend that you do. She’s just as much of a strong character as Medusa and Murderbot, and I’m sure you’ll fall for her just as much as I have.

And that’s the Top Three Most Dangerous Female Creatures that I’ve picked! I plan on expanding this next year, in the hopes that more novellas are written with such strong female protagonists. It’s astonishing to see just how much novellas have grown in the last year alone, and I wish all the authors luck in their endeavors. Let’s just hope that Murderbot doesn’t join forces with Medusa and Binti…

For the three of them together could take over galaxies!

Binti was a belated Christmas present by my grandmother who asked what I wanted this year, and I said books. I gave her a list of some of the most anticipated reads, and what kind of things I liked, and she found Binti among them. Granted, it was a lot shorter than either of us realized, but it was also very entertaining. My only single complaint was how short it is! I want more! 91 pages isn’t nearly enough for the excellent world-building that the author does!

I’ve been seeing this book pop up all over my social blogs that I follow, and am glad to jump on the band-wagon while the book is still fresh and popular. I also am pleased to add to the hype of this book, even despite how ridiculously short this book is. It was also yet another read for my mother, who only has time for ridiculously short books, and she too enjoyed this one immensely.

I really am interested to see if this will be turned into a television show or movie set. It would be a fascinating movie/tv show, and I know a lot of people would be eager to see it if it came to be.

Binti, herself, is one of my most favorite literary characters of the year. I really admire her strength in going out and achieving her dreams…even if her dreams are waylaid by mysterious dangerous aliens that only she can communicate with. I really felt as though Binti was a different version of Uhura from Star Trek, but only more bad ass than usual!

I can’t say enough good things about Binti. It was wonderful, epic, grand in scope. The characters were fascinating, and her people were intriguing. I loved everything about Binti, but I do wish that it was longer, and just…

I rate this book an almost even 5 stars, only one part of a star taken off because its so short.

And now, as I’m adding the rest of the Binti series to my Amazon wishlist, you can,