Title: Kingdom of Ruin
Author: Bianca McKay
Series: Book 1
Genre: Fantasy, Young Adult
Page Count: 248
Publisher:
Type of Book: ARC, Kindle Format
Rated: 5/5 stars
Review Word Count: 300
Notes: Received the Arc from the author, this does not-in any way-reflect my review, thank you to the author for giving me a copy of the book

Firstly, I must warn readers that this book is intended for 18+years of age and up only. There is an attempted rape scene, abuse towards women, abuse towards children, intense battle sequences, harsh language and graphic violence. I highly recommend reading only if you are of age.

A strangely beautiful, lyrical tale, this is the story of the Lord of Death the Elven King Ecaeris and the people of Duine. In Duine, there is a man named Frederick and his wife Lillian and their son Henry, along with their daughter Emerald. Emerald is a child of darkness, though tries hard to like the sunshine, and light, and flowers and things that most people of Duine like. She is a strange, unnatural person that most fear and shun, especially after her outburst in the local church when she asks the Priest what he’s using the money donations from the already incredibly poor people are for.

The story is lyrical, enchanting, and full of mystical magic that is fascinating to read. I read through the book within a couple of days, and really liked the character of Emerald. I did find that Ecaeris was a bit of an ass, though he had his moments at times. He was the most powerful figure in the book, knowing exactly when mortals die, and could do all kinds of powerful sorts of magic. Pulled to Emerald’s beauty, he gladly takes her from her father and pulls her towards his home.

The story flows well, and the characters are incredibly lifelike. I really enjoyed Emerald’s character the most, sympathizing with her and her trials during her time at Duine. The writing was rather good, the storyline felt original, and I sincerely hope that there will be a book two to look forward to in the future.

The only downside was the cliffhanger ending of Azariah. The ending was intense, and left dark tones for the hopeful sequel of Kingdom of Ruin.

In the end, I’m giving this book 5/5 stars for an entertaining, magical couple of afternoons in a world that was enchanting and unique, despite also being full of violence.

A mysterious beginning with a girl named Ruby who can see ghosts and works in a bookstore was sure to be an interesting read for a couple of hours. And I was right, this book was fascinating and very intense all the way through to the end. My only complaint was how short the book is, just ten chapters!

Ruby Wynn is a twenty year old virgin who can’t drive, works in a bookstore, is a loner, and loves her mom. After waking up one day with the entire world vanished, except for a mysterious man she met at the bookstore just the day before that introduced himself as Markus, she finds out that she’s a draem’ar, and that she is one of a few who was listed in a prophecy given by her late Aunt Agatha.

Cue the evil beings stepping in to try to kill both her and Markus. The two put up a valiant fight, remaining behind a barrier inside a strange home that reminds Ruby so much of her own home, except for certain magical differences, like how the food is prepared.

The battle between the Etherean and the two last humans escalates quickly, bringing the ridiculously short book to a cliffhanger that makes the reader instantly want to go out and buy the next book.

The writing is intense, the characters are very realistic, and the bad guys are fascinating if a bit predictable in the ‘hate humans, must kill’ approach. I really enjoyed this book, and encourage anyone who hasn’t read it to go and do so. It’s well worth it, and a fast read too so it will be easy enough to knock off that TBR pile that’s stacked miles high.

Thanks to Kingston Publishing for the arc, and this review is my own honest opinion. I hope book two is released ASAP, because this was a great read by an amazingly talented author.

Until Next Time,
-Pass Me That Book

This was yet another book that I received as an arc that I wasn’t overally thrilled with. It’s not the writing, it’s the plot. I was lost and confused a few times, the mysterious wizard was annoying, and the quest seemed your usual typical fantasy like quest to me. I don’t know, guys, maybe I just didn’t read this right or wasn’t in the mood for a good fantasy when reading this.

I feel bad, because this is one of several others that I just didn’t care for. I’ve been reading a lot, and most of the books that I select as ARCs are either WOW THAT’S AMAZING or just plain old “meh”.

I won’t go into too much detail, because I don’t want to spoil it for others, but this book just didn’t grab me. Sorry to the author for the delay in posting this review, but I was trying to find the accurate words to describe how I felt after reading this book.

I received a copy of this book in exchange for my honest opinion, and honestly I just found this book lacking.

As much as I liked the first book, I think I liked this one slightly more. There was a bit more character depth going on, we learned more about the main characters, and we also got a darker type of mystery to delve into. Murder Feels Bad was a bit of a religious mystery, with spiritualism, religion, and lots of guidance about romance and abilities going on. Pete’s relationship with the police, with Mark, and with his friends seemed to intensify with each case. Not only do his relationships intensify, but his money problems do too, with no food in the fridge and no money to pay for it.

The gang is all there; Gwen, Mark, and even the car Thunder makes a pleasant return. Mark and Gwen both seem to still argue with one another, but they aren’t nearly as destructive as in the first book. In fact towards the end of the book, they both seem to get along quite well…but no spoilers in this review, I promise.

Pete makes several references to writing the ebook of the first case, which I found amusing. There was also the case itself which was a good one-I guessed who killed the victim, and got it wildly wrong for once. The ending was a bit of a surprise, but I didn’t mind. It turned out okay in the end, aside from one character who was very nearly killed.

The gang solves the crime, but it also leaves a strong opening for the third book of which of course I must have now. *grabby hands* The writing progresses at a decent pace, and the plot was well done. I couldn’t have done better myself, though I tend to write fantasy more than mystery to be honest.

What else? Oh yes. If you are deeply religious, then you might not appreciate this book. I, thankfully, am not, however I did find issues with how the matter was resolved. While it all made sense, the timing of it was just a bit suspicious, even with Mark’s abilities.

I definitely look forward to book three. I also really want to know who this Numb person is, and what his history is. I’m hoping more information about that will appear in book three, most of all.

All in all, Murder Feels Bad is an excellent way to pass the time for a few hours.

Until Next Time,
-Pass Me That Book. 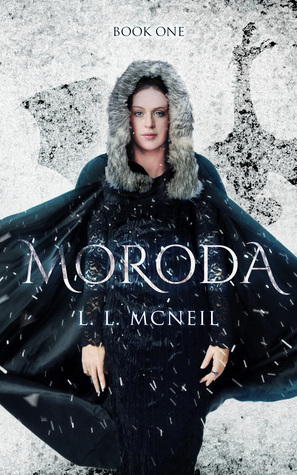 Moroda was an amazing fantasy novel set in the world of Linaria where there are dragons, air ships, and villages full of thieves, liars, merchants, and vigilantes. It reminded me very strongly the first Dragonlance novels; most of the characters even resembled some of my favorites. I read this book in three days, lingering over my favorite scenes. I loved the characters all meeting up together in the forest during a dragon attack, I enjoyed the airships quite a bit-especially the races. There is just so much awesomeness in this book that I can’t tell you because then it would just be all sorts of spoilers in this review.

I thank the author quite a bit for letting me have a copy of this book. It’s well worth buying, however, and sometime soon I hope to have my own paperback copy. It might be a while, as my wishlist is a long one. But it is added to my ‘want to own list’!

Moroda is a high fantasy with fascinating characters and a long, detailed plot that will keep you going till the very end.

I thoroughly enjoyed Freedom’s Child. It was intense and beautifully written, filled with believable characters and a fascinating plot. I found that I enjoyed this a lot more than I had thought that I would, actually, and I will definitely check out more by this author!

Additional Notes: Um…who’s the author? What year was it published? Could you leave me no clues at all 2015 me?! This is what a fresh new blogger looks like y’all lol. Take note not to do this! And not even a book cover! Sigh….