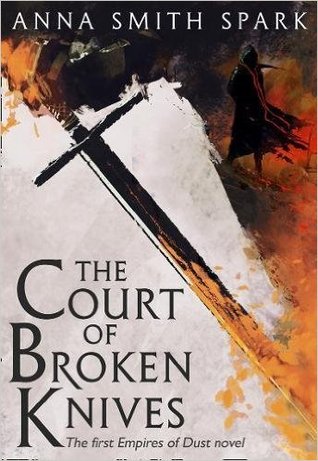 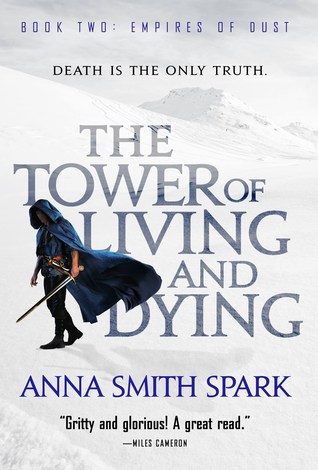 This is a bit different from the traditional book review, as I haven’t yet read these though I’m fixing to pick up book one here soon, so that I can finally dive into this trilogy of grimdark adult fantasy. As I won the second book in the series, and already own the first book thanks to Orbit sending me a finished copy, I’m eager to sink my sharp teeth into a trilogy meant for those who love grimdark fiction.

They’ve finally looked at the graveyard of our Empire with open eyes. They’re fools and madmen and like the art of war. And their children go hungry while we piss gold and jewels into the dust.

In the richest empire the world has ever known, the city of Sorlost has always stood, eternal and unconquered. But in a city of dreams governed by an imposturous Emperor, decadence has become the true ruler, and has blinded its inhabitants to their vulnerability. The empire is on the verge of invasion – and only one man can see it.

Haunted by dreams of the empire’s demise, Orhan Emmereth has decided to act. On his orders, a company of soldiers cross the desert to reach the city. Once they enter the Palace, they have one mission: kill the Emperor, then all those who remain. Only from ashes can a new empire be built.

The company is a group of good, ordinary soldiers, for whom this is a mission like any other. But the strange boy Marith who walks among them is no ordinary soldier. Marching on Sorlost, Marith thinks he is running away from the past which haunts him. But in the Golden City, his destiny awaits him – beautiful, bloody, and more terrible than anyone could have foreseen.

This is a trilogy, as the author has kindly informed me, and that the third book is expected to be released sometime in late July, early August, and is expected to come out this summer, of which I’m greatly looking forward too. My congratulations to the author on successfully finishing a trilogy, and I look forward to reading all three books, as well as her future writings.

You can find the author at her homepage here: http://courtofbrokenknives.org/?page_id=211, where I’m sure she will enjoy meeting new readers and fans alike. The Queen of Grimdark Fantasy is awaiting your presence.