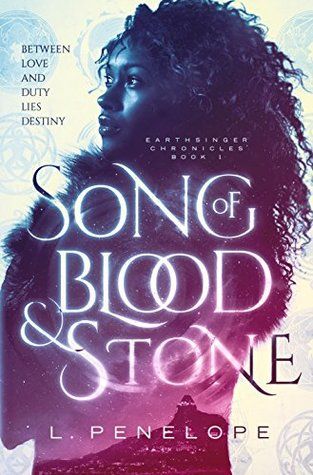 This book was a highly anticipated read for me, and while it was vastly different than what I expected, it was still a phenomenal read. Full of darkness, magic, characters struggling to survive in harsh environments, and other things still, I really enjoyed this book and thank the publisher on Netgalley for providing me a copy of it. Eventually, I want to get a physical copy of the book because it’s just that good.

While it does the annoying thing of swapping between two characters, it does so effortlessly to the point that I don’t really mind it. It tells the story of Jasminda (cool name!) and Jack, two characters that meet by chance, it seems. Jack is beaten and unconscious when she finds him out by her cabin in the wilderness away from town. Jack is convinced he comes from the other side of the Mantle, a barrier that’s been between two countries at war for decades it sounds like.

Jasminda’s father was from the other side, while her mother was originally Lagrimari. It seems that such pairings were unheard of, and Jasminda is looked down upon in the town because of it. Most folk in town think of her as a witch, though she only ever uses her Earthsong for good. When she meets Jack, she is already going on 24 hours of no sleep due to searching the mountain for her missing Papa and two brothers, whom she believes to have perished years ago in a dreadful storm but were never found. Her mother also gone, due to an illness in the body, Jasminda has been alone for years now, and is fighting off the tax collectors who want to take her farm and land. She has less than ten days to come up with enough money to save her family’s farm.

But when she finds Jack, the farm somehow becomes less of a problem than it has been, as the two of them struggle to survive against the soldiers from the other side who want to take Jack back for questioning as he’s considered a spy. Jasminda attempts to help him as best as she can, and the two of them play their parts as best as they are able.

*There is one brief scene that alludes to Jack nearly being sexually abused by the male soldiers, but Jasminda saves him, and a more graphic scene as well of Jasminda almost getting the same treatment at her farm as well. Nothing overly detailed, but it might be triggersome for some readers.

We watch as Jasminda and Jack leave a burning home behind, and Jasminda is forced to follow Jack into a country she knows next to nothing about, with only her Earthsong to help her along the way. Together, the two of them attempt to stop a tyrannical man who has been stealing Earthsong from people-babies even-for decades, building up his power so that he is unstoppable. It will take courage, strength, and all the powers combined to help the two of them survive.

I highly recommend this book, because it’s full of unique characters, an interesting magic system, and it makes me think vaguely if The Legend of Shannara meets The Sword of Truth series, then it would be a perfect child of those two combined series. It’s a strong, well written novel that contains several interesting characters with a storyline that I’m sure many will love.

Five out of five stars!

2 thoughts on “NetGalley Review: The Song of Blood and Stone”

Share book reviews and ratings with Reader of Books, and even join a book club on Goodreads.
https://www.goodreads.com/review/custom_widget/41152861.These%20Books%20May%20Destroy%20Me?cover_position=left&cover_size=medium&num_books=5&order=a&shelf=currently-reading&show_author=1&show_cover=1&show_rating=1&show_review=1&show_tags=1&show_title=1&sort=date_added&widget_bg_color=FFFFFF&widget_bg_transparent=&widget_border_width=1&widget_id=1650141464&widget_text_color=000000&widget_title_size=medium&widget_width=medium
Join 717 other followers