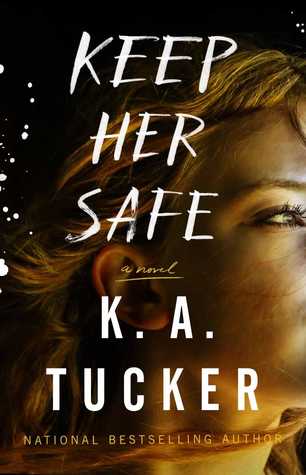 {Look! I reviewed in time! And I thought I wouldn’t make it! Ha!}

I rarely like thrillers. I rarely read thrillers. And yet, I’ve heard so much about this book that I had to try it out. And wound up falling in love with it, as cliche as it sounds. This book surprised me. It kept me up till 1 in the morning, eagerly flipping through to the very end. And what a bitter sweet ending it was!

I’ve never before read a K.A. Tucker book. I haven’t even really heard of K.A. Tucker until this book started floating around the blogs that I read that isn’t mainly scifi/fantasy. But the main attraction of this book was the cover, and it sounded interesting. It’s described as Making a Murderer meets Scandal. I’ve never watched Making a Murderer though I have, on occasion when nothing else was on, watched Scandal. And it fits, though I like to think of it as more along the lines of Law and Order: SVU meets Scandal.

To get into the nitty gritty-there’s suicides. There’s murder. There’s a scene that talks about child sexual abuse. There’s that same child who runs away. It’s got a teenager struggling to live in a shitty trailer park home, surrounded by drug dealers, wife beaters, and other such lovely people. *note the sarcasm* Basically if you have a rough past, and triggers, stay away from this book. Because it has all the *feels*.

I liked Noah best out of the characters of this book, but I also really identified with Gracie, the girl who lived in a horrible trailer park. The two of them together were my favorite parts of the book, and some of the only happiness that they found together. Both had terrible family history with one another, that made them separate and bring them back together years in the future. The both of them work together to fix what their families had wrought upon the world.

But every character had a deep personality that was startling and refreshing. Every one of them had reasons for doing things, reasons for living-reasons for dying. It made for a gripping read, and I read every page with avid interest.

My only complaint was the ending. I like happy endings. And this ending, while it had some good points, was more terribly sad than anything. Supposedly there’s a companion novel to this, though I don’t recall what the title was.

Nonetheless, this book is definitely worth reading, though be prepared for staying up all hours of the night trying to finish!

In the meantime, now that I’m done with this book, you can