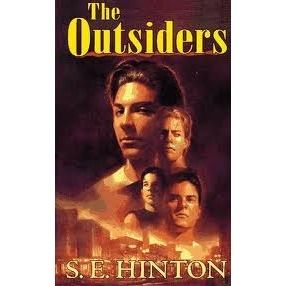 The above cover is the version that I have (though the edition that I have looks much nicer, and is a darker version). In all honesty, this is one of those books that I was forced to read way back when I was 13/14 years old. My mother didn’t think it appropriate because of all the gang violence and such in it, she was very unhappy that I had to read it, but in all honesty-I LOVED IT, even back at that young age. I identified strongly with Ponyboy, and a lot of the other characters as well. I loved the characters, the setting, and the story itself was enchanting. The part with the burning building was also intense. My only complaint is that the book is too short! I wish there was more to the story, more to Ponyboy and the rest. 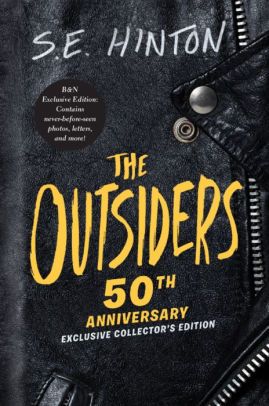 I think it’s been over 50 years at this point (quickly checks on google: apparently, it is!) I hadn’t realized that this was a major book birthday, the book was published way back in the year 1967 by Viking Press when the author S. E. Hinton was only 17 years old. {Sighs, I really need to get a move on with publishing my own books!} 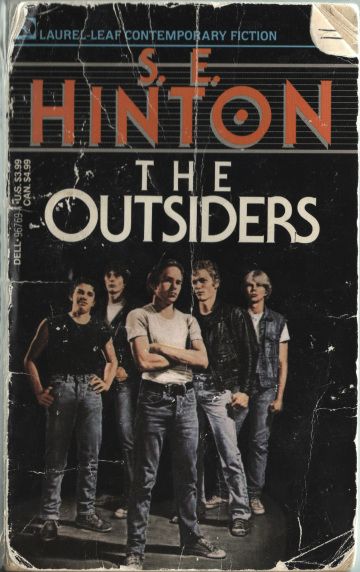 I have yet to see the movie version of the book, partly because I don’t want the movie to ruin the beautiful book by putting the wrong faces to the characters. Even so, one day I will likely sit down to watch it. I love this story, as it’s the non-musical version of West Side Story, and Grease.

Has anyone else read this? Was forced to read it and wound up loving it? Let me know what you think of it! Here’s the old trailer that I found, it doesn’t particularly wow me into watching, but it still seems interesting enough. A lot of the actors I recognize, wow do they look so young!

2 thoughts on “Paperback Review: The Outsiders”

Share book reviews and ratings with Reader of Books, and even join a book club on Goodreads.
https://www.goodreads.com/review/custom_widget/41152861.These%20Books%20May%20Destroy%20Me?cover_position=left&cover_size=medium&num_books=5&order=a&shelf=currently-reading&show_author=1&show_cover=1&show_rating=1&show_review=1&show_tags=1&show_title=1&sort=date_added&widget_bg_color=FFFFFF&widget_bg_transparent=&widget_border_width=1&widget_id=1650141464&widget_text_color=000000&widget_title_size=medium&widget_width=medium

all about books, movies & others

A Cat, A Book, and A Cup of Tea
Information World

information makes you aware and smart.